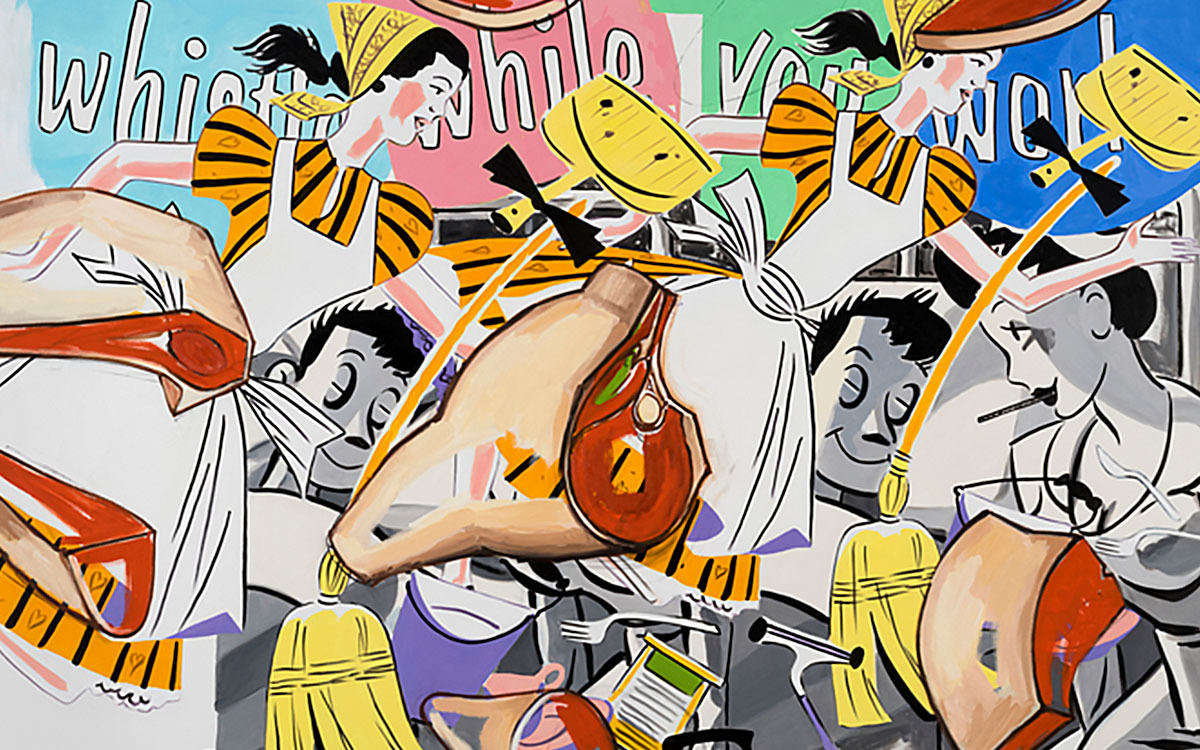 Skarstedt is currently holding an exhibition of a new body of work by painter David Salle.

Skarstedt is currently holding an exhibition of a new body of work by painter David Salle. Presented for the first time, these vibrant paintings showcase Salle’s continued preoccupation with composition - the process of establishing the relationships of everything in the painting to everything else - as both the engine of painting and its subject. All the elements of painting are relational, and their relations can either be fixed, or liable to shift. Salle has made the shifting, swirling, dynamic of pictorial/spatial relationships his arena.

Un-equal, or un-stable relationships are one of the sources of humour in Salle’s work. Images and objects, as they are depicted in his paintings have a way of confounding assumptions; often one image will conjoin with another, or turn out to be something else entirely, according to the context. His paintings set out the conditions for and make use of these shifting relationships; their result is painting’s ‘narrative capital.’ That is, narrative is a result, and not the driving force of these pictures. Their subject is the way pictorial relationships can be organised around, and highlight certain principles or effects: humour, narrativity, dissonance, melancholy, or sentiment.

The principle recurring element in the current series, are enlarged details of black and white renderings of drawings made in the 1940s and ‘50s. The subjects as well as their treatment are dated, from another era. For Salle, “to repaint them – is to make a kind of history painting. The paintings are not about the cartoons; they freely take from the world that the cartoonist concocted – out of what were already in their time, well-worn tropes of low comedy. Exaggeration. Cartoon slapstick. Of course, that’s just one element. The rest is free Jazz.”

The other elements that run like musical passages through this series are predominantly from a similar period, a time when illustration was king. Cartoons and commercial imagery are in many ways shorthand, abbreviated examples of how representation works, how an image is broken down into light and shadow, and as such are useful for Salle to draw on in his interplay of colour and form. As with musical phrasing, Salle, working like both composer and conductor, shapes the sequence of forms in his paintings altering the tone, tempo and dynamics.

“The paintings mix fast and slow tempos, their rhythms are syncopated, polyphonic. There is another musical analogy: the colour harmonies are like the intervals between notes that form a chord; precisely calibrated tones. Indeed, all of the elements that make up the paintings, the value patterns, as well as all the other relationships, of size and scale, of line to mass, of solid to open forms, loose to tight rendering, contrasting heavy and delicate lines, and especially the contrast between “repurposed” images and direct observation – all these elements and more express musical values.”

The repetition of the cartoon, the bright t-shirts and the images of the housewife that dance across the canvas in Autumn Rhythm are like numerous consecutive phrases that make up the melody of the painting. Over this broomsticks and dustpans in bright yellow, which echoes the housewives’ head scarves, ring out like high notes. The cuts of meat are like beats throughout, at once solid sculptural forms and yet unfinished; they act as veils through which other forms can reassert themselves. The shapes and volumes of the meat – adapted by Salle from a diagram in a butcher’s manual – are also like architecture, monuments seen from the air, which themselves appear to be flying. In fact, many if not most, of the elements in these paintings are airborne, aloft, and every element, every mark and gesture within the painting contributes to an overall sense of rhythm and movement.

Salle’s new body of paintings have rhythmic and imagistic complexity which we have come to expect, but they also have a high-keyed energy, intensity and visual clarity, an openness, that feels new and very much of this moment.

© David Salle/VAGA at ARS, NY and DACS, London 2019. Courtesy of the artist and Skarstedt, New York 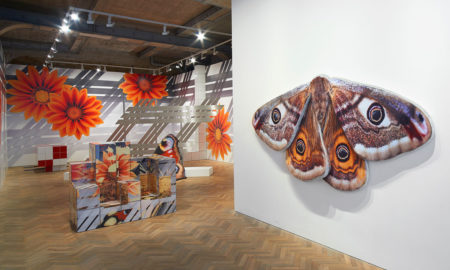 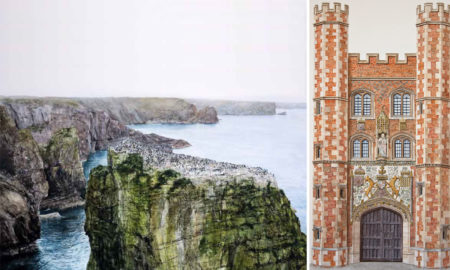 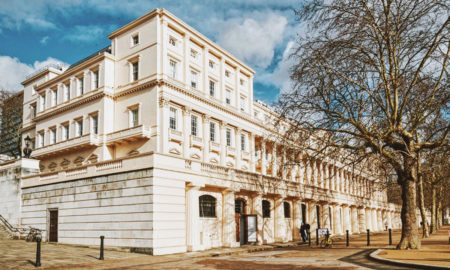