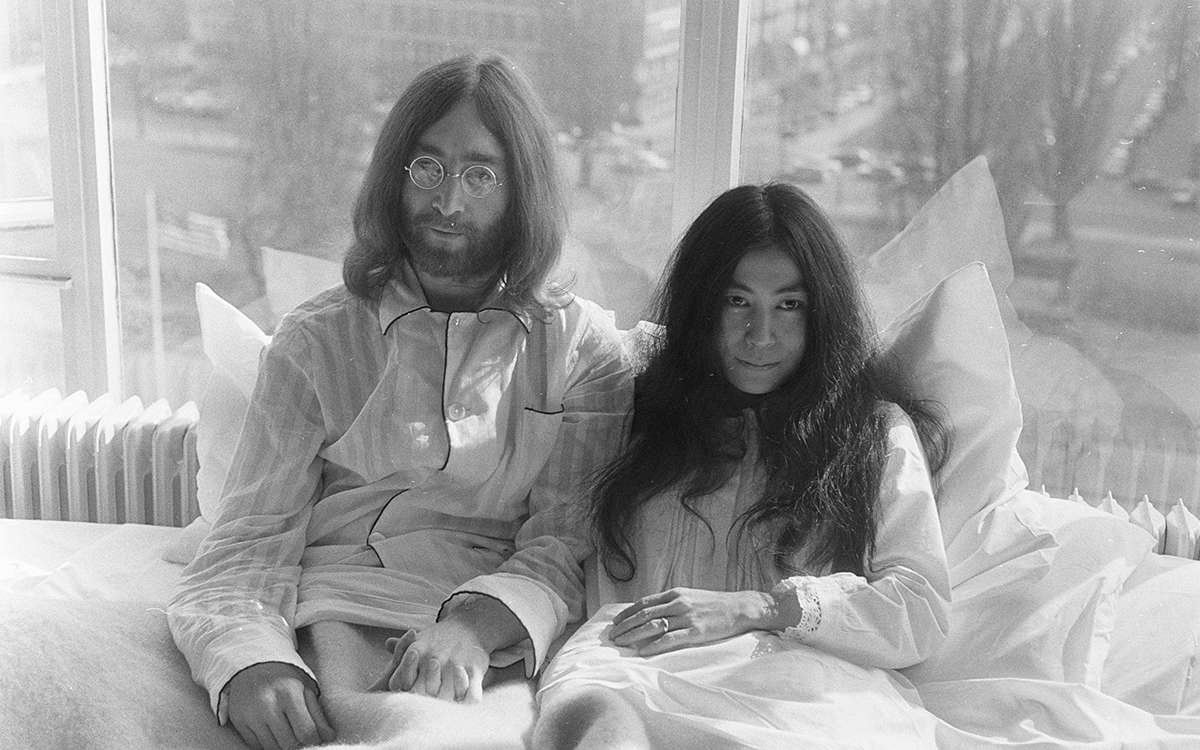 Meet a selection of people, styles, places and inventions that have forever changed the cultural landscape, but all of which share origins in St James’s

Home of the Bowler

If you’re looking for an icon inextricably linked to many of history’s most celebrated protagonists, you’d be hard pressed to find one as broadly adopted as the bowler hat. From Winston Churchill to Laurel and Hardy, it’s an accessory that transcends borders, genders, ages and eras. As much a part of the pin-striped uniform of London’s city gents in the 1950s as the headgear of choice for Bolivian Quechua women since the 20s, and far more popular among America’s cowboys than the Stetson (just think back to the photos of Billy the Kid or Butch Cassidy), the bowler was invented by Jermyn Street’s Lock & Co in 1849. The esteemed hatters were already over 170 years old by then, but the commission – to create a hat for gamekeepers to wear when riding, that wouldn’t be knocked off by tree branches as top hats often were – produced a hard-wearing classic that’s been seen gracing heads ever since. Lock & Co. still sell up to 5,000 bowlers a year, despite it no longer being essential for a smart day’s work in the city.

When nightspot The Scotch of St James opened in the summer of 1965 it was immediately a hit, with the biggest names in music from that swinging decade vying to be seen there. As well as being where Eric Clapton was discovered by Atlantic Records, where The Who debuted rock opera Tommy, and Paul McCartney first met Stevie Wonder, the basement venue also hosted a performance by a rough-looking but clearly talented dude, performing under the name Jimi Hendrix for the very first time.

The groundbreaking Swiss cycling brand may be new to the area (having chosen St James’s in which to locate the first and only concept store outside of their home country), but ASSOS certainly are a perfect fit; much like their legendary Lycra clothing, in fact. Back in the 1970s, the company set out to innovate with a new kind of bike, developing the world’s first carbon fiber frame in the process. But their wind tunnel experiments showed that the wool clothing worn by racers at the time ruined the aerodynamic gains - unless the rider sat naked. In order to preserve the modesty of the Tour, Toni Maier of the proudly family-owned brand, took inspiration from skiing, and revolutionised the look of cyclists the world over forevermore.

Next door to the sixties hippest hangout and also on Mason’s Yard, was the equally cool Indica Gallery, which in late ’66 was preparing to host an exhibition by ground-breaking and provocative artist Yoko Ono. Beatles heartthrob John Lennon was advised to check it out, and when he met the quirky artist, his life changed forever and the era’s most famous love story began.

The first and only freestanding building in St James’s is also the newest structure in the neighbourhood. The Mason’s Yard of today is reshaped by the modernist box that is The White Cube Gallery. The spiritual birthplace of the Young British Artists, White Cube began in St James’s in the 1990s, but eventually moved east, to up-and-coming Hoxton Square. Its triumphant return in 2006, to this purpose-build gallery on the site of an old electricity substation, ensures today’s artists – and the gallery – continue to blaze a trail from where it all began.

Despite being a fictional character, James Bond’s cocktail of choice was very much born in the real world – at the bar of Dukes Hotel in St James’s. Author Ian Fleming was a regular when writing the 007 series and, being as much of a fan of a stiff drink as the dashing spy he created, he was particularly fond of the unorthodox pour of the classic Martini he often requested here. Shaking introduces more water from the ice, altering the flavour, but you can ask for one at Dukes without any sniffy reaction from the bar staff to this day.

Fortnum & Mason stake a strong claim to having invented the famous Scotch egg, over 250 years ago. And although the finger food may also have origins from as far afield as India during the Raj, the reassuring classic of crunchy, easy-to-hold breadcrumb outer, tangy sausage-meat wrapped around a gooey-yoked centre, was certainly first popularised by the food emporium via their swanky Victorian picnic baskets. It became the original British fast food snack, available in the coaching inns as a staple of those on the road, and has enjoyed a recent foodie renaissance courtesy of its popularity in today’s gastro pubs.

The Father of Menswear, and the First Celebrity

In the early 1800s it became generally accepted that, while Paris set the standard in women’s dress, London was the global trendsetter for smart men’s attire. The English gentleman was aspired to as the quintessential example of a sharp new style, that saw away with the frilly ruffs and cuffs, gaudy colours and glitzy embroidery that had defined the Georgian era. Leading the way was George ‘Beau’ Brummell, a man from a fairly modest background who worked his way into aristocratic circles via his affectations on style. His famous rakish manner set the tone for what was to become known as dandyism, meanwhile his fondness for bespoke tailoring introduced the concept of the fitted suit, an item than endures in modern wardrobes. It was in part his lack of significant wealth that lead to these understated sartorial choices, however when combined with his often eccentric outbursts, he made his mark, never more so than by striking up a close friendship with the Prince Regent, the future King George IV. Brummell accordingly soon became the first person to have wide celebrity for no particular reason, other than being himself (another trend that has most certainly grown in popularity).

Reportedly taking hours each day to get ready, often spending most of the morning folding his elaborate neckcloth alone, Brummell was the arbiter of starched white shirt linen, flattering close-cut jackets and formal full-length trousers. He used a variety of tailors in and around St James’s so that each item was made to precisely his preference, and also so that no one tailor could trade off claims that the famous Beau was their customer alone. He was renowned for polishing his shoes with champagne. Eventually his extravagant lifestyle could no longer be supported and he ducked out of London society, and assorted gambling debts, but his legacy of simple elegance informs men’s clothing to this day. Fittingly, look out for the statue of Beau in his sharpest finery by sculptor Irena Sedlecká, to be found at the entrance to Piccadilly Arcade right on his beloved Jermyn Street.

The home of hats.

Directions
The Scotch of St James

Statue of Beau Brummell, a friend of the Prince Regent. 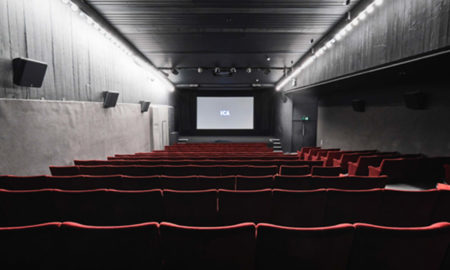 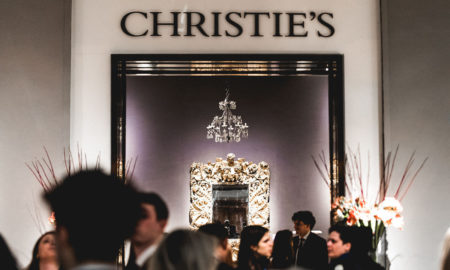 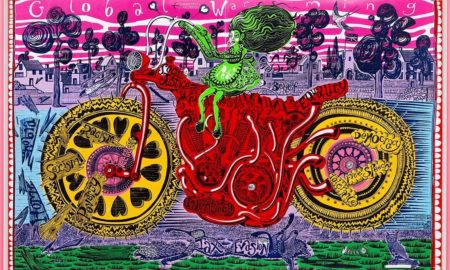 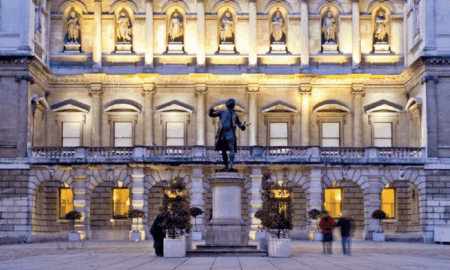