Waste Not, Want Not
VIEW THE ITINERARY 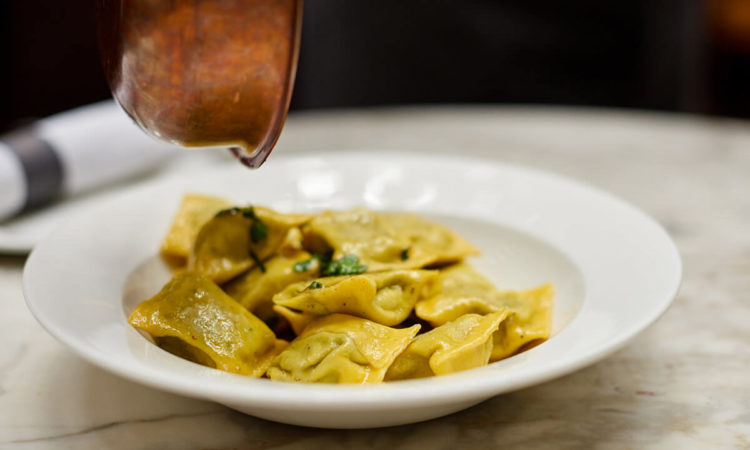 Angela Hartnett’s Northern Italian restaurant in the heart of St James’s. Our restaurant is relaxed and inviting and intended that you drop in and eat every day. 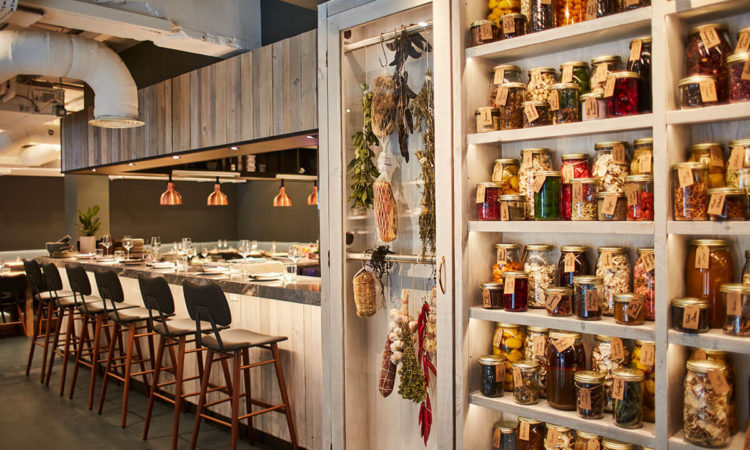 Exploring the world through food is easily achieved at SCULLY, thanks to Ramael Scully’s layered heritage. The dining experience draws on inspirations from the chef’s childhood home in Malaysia to the kitchens in Sydney where he trained, to his travels in the Middle East, Russia and Europe. 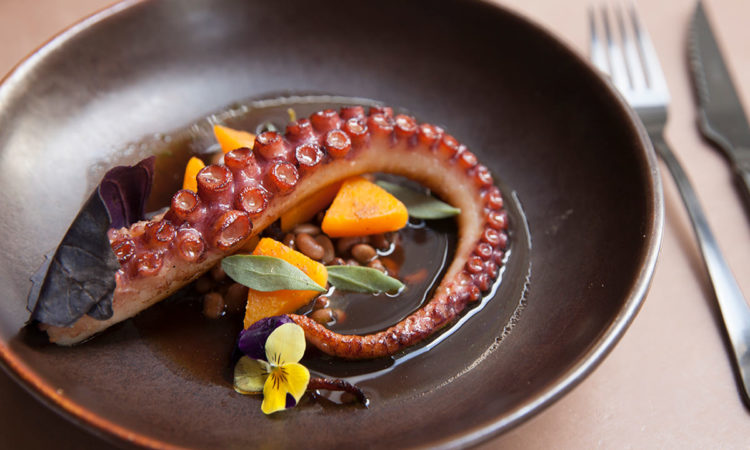 Chic space with decor that reflects the cuisine: a modern twist on authentic West African flavours.

With the news that the UK food service industry now produces over one million tonnes of waste annually, it’s more important than ever to support restaurants that are putting a focus on sustainability. The Regent Street & St James’s Food Waste Pledge offers diners the chance to eat at twelve such restaurants, all of which have signed up to achieve a collective 25% reduction in food waste.

Some have even created entirely new dishes from previously discarded ingredients, making for a one of a kind dining experience. So why not gather your friends and family together and make this the year to explore St James’s and Regent Street’s most creative eateries?

Nestling between bustling Piccadilly to the north, and leafy St James’s Park to the south, is Angela Hartnett’s Café Murano. Start your journey by booking a table to sample the unmissable new Maltagliati dish (the name translates as ‘poorly cut’ in Italian): hailing from the Emilia-Romagna region, it consists of irregularly shaped offcuts from the fresh egg tagliatelle made in-house each day. These are winningly topped with a sauce made using rocket stems and leftover cheeses to create a creamy, earthy dish with a hint of pepperiness.

Tucked away in nearby St James’s Market, this conscious restaurant, owned by celebrated chef Ramael Scully, is perfect for a special dinner. His layered heritage – from a childhood in Malaysia to extensive travels in the Middle East and Russia, via Sydney – has resulted in a global menu that explores food items that would otherwise be thrown away. One such example is the rarely used beef rump cap, here aged for 28 days and turned into Scully’s delicate Tonto’s Tartare. The kitchen has also examined its supply chain, with food suppliers sharing other restaurants’ excess with the team to further spark creativity and avoid waste.

Discarded made good at Ikoyi

Equally conscious of waste and the supply chain, Scully’s close neighbour Ikoyi is another of St James’s Market’s acclaimed restaurants, an excellent choice for its modern twist on authentic West African cuisine. With an uncompromising aim to serve produce in its optimal state thereby harnessing as much flavour as possible. There is minimum waste at the preparation stage, whether it’s slow-grown vegetables, line-caught fish or using the entirety of an ingredient, such as scotch bonnet chilli, which the team ferments, burns and pickles. The perfect place to unwind and indulge in an unforgettable dining experience.

For a delicious but more informal meal, laidback tibits in Regent Street’s hidden foodie quarter Heddon Street is perfect for lunch with friends. A pioneering vegetarian restaurant when it opened over ten years ago, its distinctive concept invites customers to choose as much or as little of its irresistible spread – and then pay by weight. As part of the Food Waste Pledge, tibits design imaginative dishes out of excess peels and every part of the vegetable, such as an earthy Beetroot Tapenade made from juice pulp, and Cauliflower Leaf Muttakos, which uses shredded cauliflower leaf spiced with Indian spices and then fried.

Need a speedily healthy lunchtime break while out shopping with friends? A few minutes’ wander up Regent’s Street is Neat Burger on Princes Street, which serves a vegan menu of game-changing burgers, including the brand new Kick'n Kimchi Chick'n Burger. Backed by Formula 1 hero Lewis Hamilton, at its heart is a commitment to having a positive impact on your body and the environment. To top it off, for every purchase a tree is planted in partnership with The Eden project and Beyond Meat – so your positive impact is doubled.

These are just some of the tempting highlights from a total of 12 participating restaurants in the Regent Street and St James’s Food Waste Pledge, including Frescobaldi, which has now halved its bread waste by 50%, and Hawksmoor Air Street, whose mixologists now turn flat prosecco into a cordial (with inedible garnishes also reduced by 50%).

Be part of the pledge tackling a global issue by tucking into these consciously created dishes, as well as those found at Brasserie Zedel, Hotel Café Royal, Australian café Ziggy Green, Michelin-starred Sabor and Sketch.