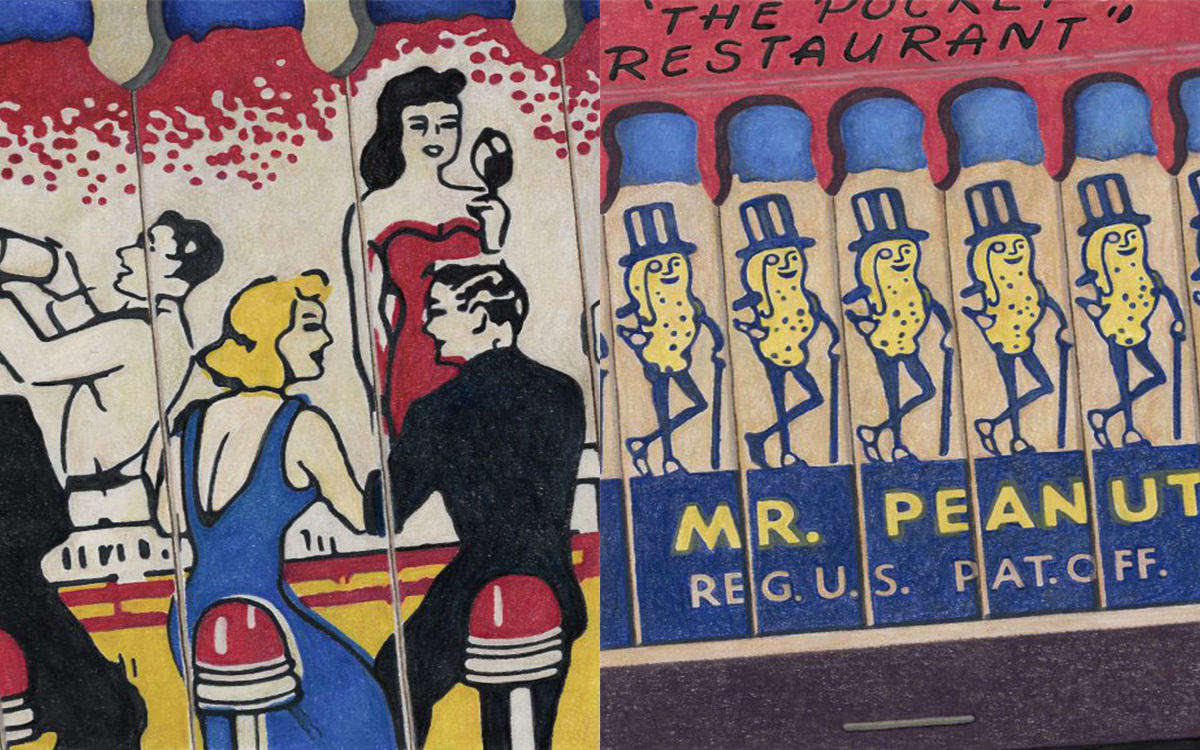 Bold. Dynamic. Energetic. Nostalgic. The vibrancy of Aaron Kasmin’s drawings immediately set the scene for the viewer to venture back in time to the dynamism of a bygone America. In Showtime! the striking and rich imagery is inspired by cinema, night life and restaurants as well as a myriad of nostalgic images that reference a lifestyle of days gone by. Kasmin returns to Sims Reed Gallery with his third exhibition inspired by American feature matchbooks that he passionately collects. The inventive subjects make for arresting images and the drawings shed a new light on American culture. Celebrating, not only the everyday but also the glitz and glamour of life, these works draw attention to these forgotten ephemeral masterworks of art.

Kasmin began collecting Lion Match Company’s matchbooks several years ago, inspired by the lively and inventive images that reflect the rise of America’s consumer culture, originally mass-produced for advertising purposes. The humble matchbook soon became the most effective advertising medium in America, which was embraced by almost every industry, reflected in this exhibition with its broad range of subjects, from laundry services and food to sports and travel. Kasmin subsequently decided to turn them into an art form in their own right, giving the little-known ephemera the attention they deserved, whilst paying homage to the breadth of imagination of ideas that advertisers created with their diverse and rich imagery. They were thus kept and treasured, and have remained collectible objects in themselves.

“I wanted to show some of the diverse uses the matchbooks advertise. The incredibly inventive use of images, as can be seen with totem poles for a Canadian shipping line, nightclubs and restaurants, even the boys wrapped in cellophane! I love the ones with a strong design and bright colours, a repeat pattern, an atmospheric scene. Pencils I particularly enjoy because the striking part of the match represents the rubber at the end; the same with the striker being painted on the end of the brush and the femme fatale underneath the enigmatic message of ‘rain or shine’.”

The chalky and matt quality of Carbothello pencils render a texture similar to that of the matchbooks, allowing for a stencil-like quality that incorporates the matches into the images. Kasmin takes several days to create these incredibly detailed unique works on paper, building up A4 and A5-sized drawings using an even broader palette of colours than previously seen.

The matchbooks are small, ephemeral and almost forgotten; the ingenuity of the imagery in what must be the golden age of graphic design is here in minute form. To Kasmin, they conjure up the glamour of early to mid-twentieth century American life. The glitz inherent in nightclubs and bars hark back to the post-prohibition era with movie stars and opulent parties evoked and captured in the novels of F. Scott Fitzgerald and Raymond Chandler.

Aaron Kasmin (b. 1963) is a British contemporary artist based in London. He studied at the Chelsea School of Art in London and has exhibited in New York, Paris and London. He works with watercolour and oil paint, but his preferred method is chalk pencils: “you can mix colours together endlessly and they can be used very finely for detail. With paint it would all be far too fussy, drawing is a much more immediate medium”, says Kasmin. 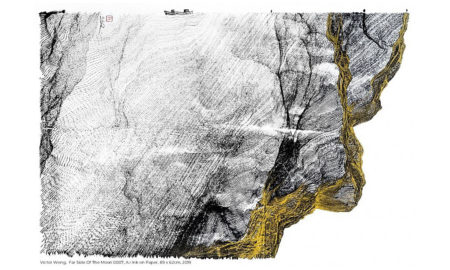 Far Side of the Moon by Victor Wong x A.I. Gemini - 3812 London Gallery 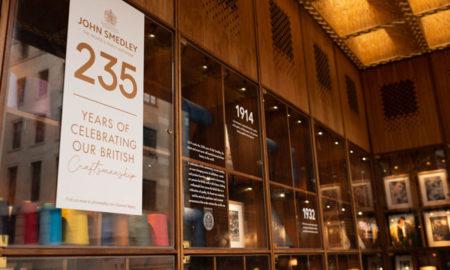 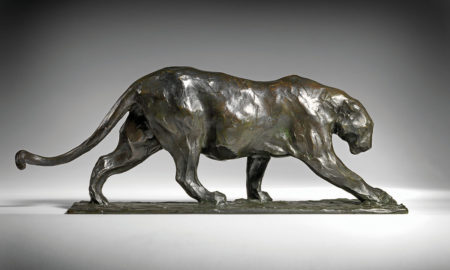 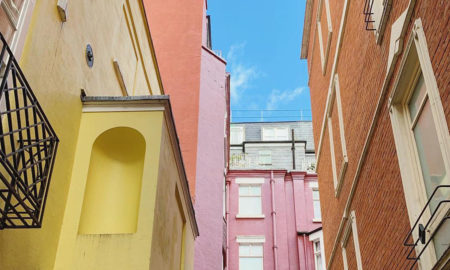