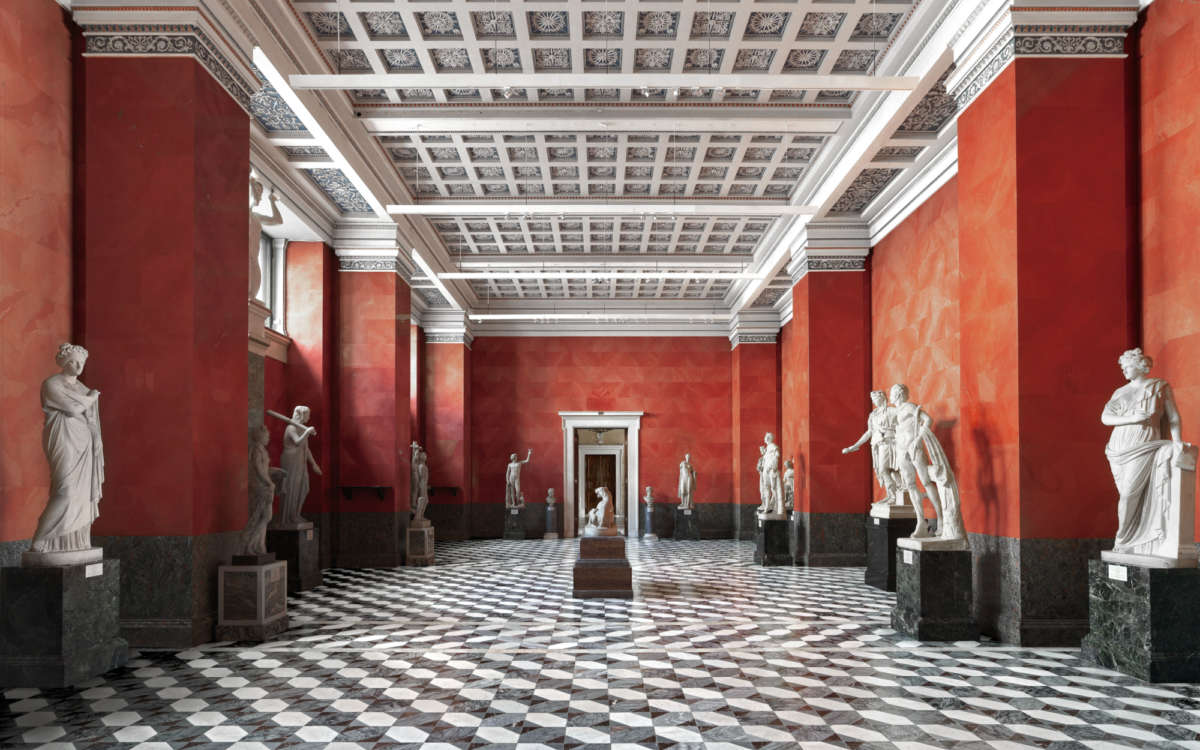 London Art Week is a major showcase of London's leading galleries, specialising in the very best paintings, drawings, sculpture and decorative art available on the market.

Twice a year, London Art Week attracts numerous private collectors from around the world, curators from national and international museums, as well as welcoming those who are just curious to learn more. Talks and Events are scheduled throughout the week and exhibitions are hosted at a wide range of participating galleries, below is a list of those taking part across St James's.

For London Art Week, Christie's London opens its doors for an exhibition of works from their upcoming Old Master Paintings sales, showcasing art by some of the greatest names in Western art history.

Tomasso – Listri: Gliptoteca is a celebration of sculpture that will bring together photographs by Massimo Listri of some of the most important sculpture galleries in museums across the world, and a selection of European sculpture from the collection of Tomasso Brothers Fine Art. Massimo Listri first met Tomasso Brothers in 2015, and immediately realised they shared a deep rooted love of the work of ancient masters. This exhibition is a homage to that shared passion, and, as reflected in its title, seeks to gather treasures that reveal the splendour of sculpture collections worldwide.

Exhibition: Van Dyck in England: The King's Principal Painter and his Caroline Legacy

Expect to see a spectacular array of portraits relating to Van Dyck and his English legacy, including a gorgeous three-quarter length from the master's late English period and a full-length pair depicting Charles I and Henrietta Maria from his studio. Other artists will include Adriaen Hanneman, John Michael Wright and Sir Peter Lely, who all, in their own distinct ways, followed faithfully in Van Dyck's footsteps.

S Franses Ltd is known for exceptional tapestries and carpets and outstanding examples of textile art. The gallery only handle works that have relevance to living and collecting today. It is the world's largest academic research resource on the subject and now holds over 240,000 visual records of European tapestries accessible by subject, date, country of manufacture and place of origin.

This new exhibition, of over a hundred works, from paintings, drawings, pastels, bronzes, terracotta and ceramics, will present to audiences the representation of the female form by Italian artists of the 20th century. The title of the exhibition, XX: THE FEMALE GENDER IN TWENTIETH-CENTURY ITALIAN ART, plays on the same usage of the capital letter and the Roman numeral. XX not only represents the gene that determines a woman's sex, but also the 20th Century, which saw more changes than any other in the role, status, appearance and condition of women, both in life and in the imagination, as art has recorded it.

Stephen Ongpin has nearly thirty years of experience as a dealer in Old Master, 19th and 20th century drawings. In December 2007 he opened his gallery in St. James's in London.

Exhibition: One Hundred Drawings and Watercolours

Guy Peppiatt started his working life at Dulwich Picture Gallery before joining Sotheby's British Watercolours department in 1993. He left Sotheby's in 2004 to become an independent dealer and has shared a gallery in Mason's Yard with Stephen Ongpin for the past ten years specialising in 18th and 19th century British drawings and watercolours.

Exhibition: One Hundred Drawings and Watercolours

The Galleria Carlo Virgilio opened in 1979 beginning with a pioneering interest in late 18th to early 20th century drawing, then reaching out to painting and sculpture and extending its chronological horizons from Old masters to Contemporary art.

Founded by Nicholas Bagshawe in 1979, and joined by his wife the art historian Dr Kendall Bagshawe in 2006, Bagshawe Fine Art trades principally in British painting of the eighteenth, nineteenth and early twentieth centuries.

Areas of specialisation include eighteenth-century portraiture, nineteenth-century genre painting and works from the Pre-Raphaelite circle.

Founded in 1760, Colnaghi has a rich and varied history as one of London's most prestigious galleries, selling works to leading collections and institutions, recently including the Prado, the Louvre and the Metropolitan Museum of Art. This year, it is launching an exciting project in Venice, at the historic Abbazia di San Gregorio, merging the spirit of the Grand Tour with the desires of the 21st-century traveller.

The Lampronti Gallery specialises in Italian seventeenth and eighteen century Old Master paintings, with a particular focus on view paintings, landscapes and still lives, ranging from Caravaggio to Canaletto. The gallery participates in the most prestigious Old Master fairs throughout Europe, such as the biennale Internazionale di Roma, The Biennale Internazionale di Firenze and TEFAF.

Mullany specialises in Haute Epoque fine art with an emphasis on continental sculpture, works of art and complementary old master paintings dating from 1200-1700.