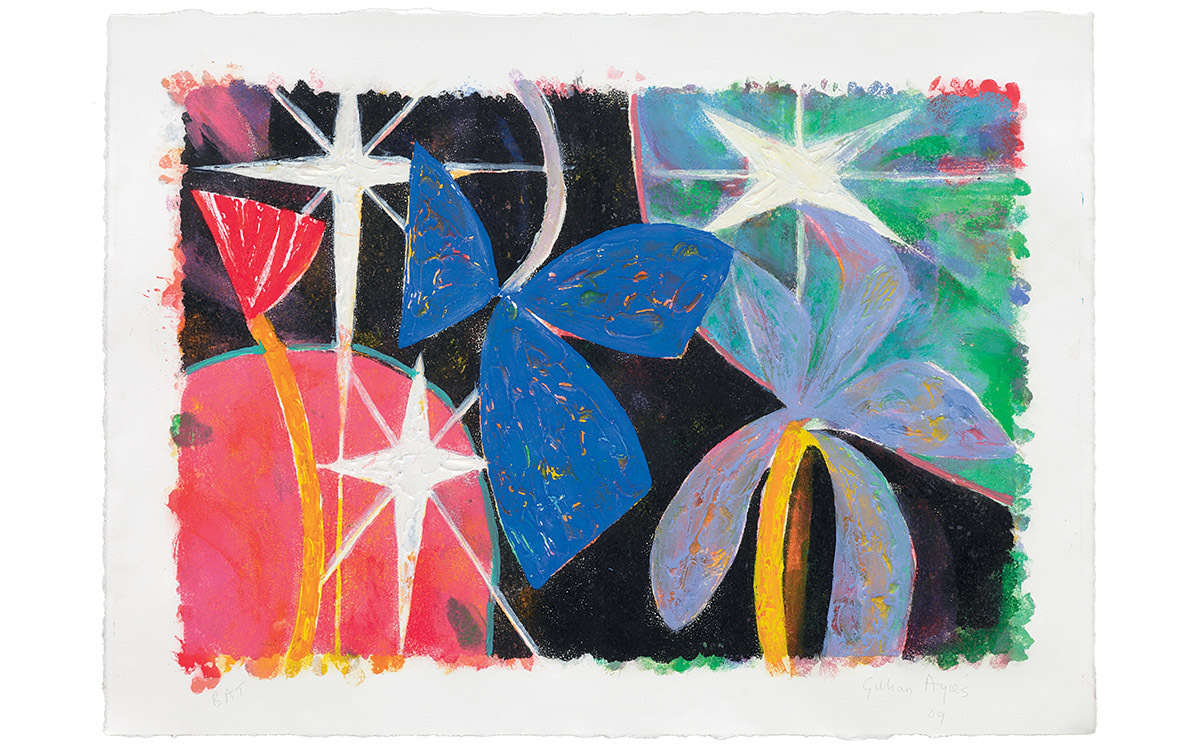 Gillian Ayres: Song Beneath the Stars will celebrate the extraordi­nary career of the late Gillian Ayres (1930 - 2018), one of Britain’s most best-loved artists.

Gillian Ayres: Song Beneath the Stars will celebrate the extraordinary career of the late Gillian Ayres (1930 - 2018), one of Britain’s best-loved artists. The exhibition, which runs from 4 April to 11 May 2019, coincides with the first anniversary of Ayres’s death (11 April 2018). Spanning fifty years, and charting her passion for printmaking, Song Beneath the Stars includes early prints dating from the 1960s to the last works Ayres ever made in 2017.

The exhibition is named after a hand-painted carborundum print made in 2009-10. Ayres’s paintings and prints were often titled evocatively, inviting poetic and sometimes musical interpretation, but the public’s interpretation of titles was never important to Ayres, who once stated; “I don’t always name them myself, but the titles are usually paying homage. Often they are very romantic. They’ve got nothing to do with the works; they are like christenings.”

In 1951, Ayres began working at AIA Gallery, and used her salary to enrol in a printmaking course at Hammersmith School of Art. Here, for the cost of £3 per term, she experimented with printmaking with the then tutor, Alistair Grant, who also taught Howard Hodgkin. She went on to make several prints in the 1960s; one for the ICA Screenprint Project, at the request of Richard Hamilton in 1964, and a print commissioned by Editions Alecto, entitled Crivelli’s Room, in 1967 which will be displayed in the exhibition. Over the next few decades Ayres continued to experiment with printmaking but lacked an outlet to distribute her prints, meaning she was unable to fund future projects. In 1997 on a trip back from her fellowship at the British School at Rome, her gallery said that a London print publisher had requested a meeting. “When I came back they told me that Alan Cristea would like to see me. I didn’t go for six months because I was terrified of him. Now I am not in the least bit scared to him,” she said of this first meeting. The first prints by Ayres published by Alan Cristea were a group of three etchings, Limelight, Sound of Silence and Myrrh of Marib, 1998, all of which will be included in the exhibition.

This new partnership meant Ayres was now afforded complete freedom to experiment in the studio. As a result, she went on to create ever increasingly ambitious prints in a variety of techniques including etching, woodcut and monoprint. She also developed new methods and began to hand-paint at either end of the printing process. The boundaries of print and painting were blurred as never before, producing works that were so far from being prints that it would have been impossible to edition them. These unique mixed media works on paper, such as Lacoste No 2, 2000, Blueberry Hill No 1, 2001, will be included in the exhibition. In this same period, Ayres worked with a master printmaker, Jack Shirreff, to make prints using carborundum. This was an innovative method which allowed the artist to apply colour directly to the plate with a brush. Carborundum allowed Ayres, along with other artists who pioneered this medium such as Joe Tilson and Howard Hodgkin, to make spectacular, physical and tactile prints. In the late 2000’s Ayres began to work with woodblock to reflect the sparser application of colour in her painting. Working with printmaker, Pete Kosowicz at Thumbprint Editions in London, she delicately layered inked woodblocks onto textured Japanese paper. These new prints, very different from earlier reliefs, were defined by over-lapping shapes and areas of exposed, un-inked paper. Examples include Fiesole, 2013 and Karkalla, 2014. Ayres’s devotion to making original prints was unremitting, and increased with every year that passed, culminating in a large body of graphic work in her final years which rivalled the magnitude and vividness of her abstract paintings, for which she was so celebrated. 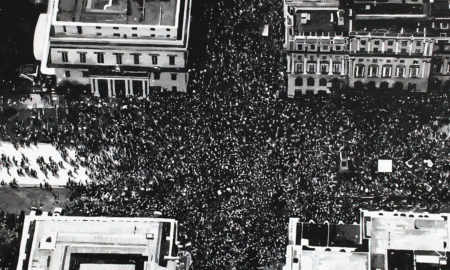 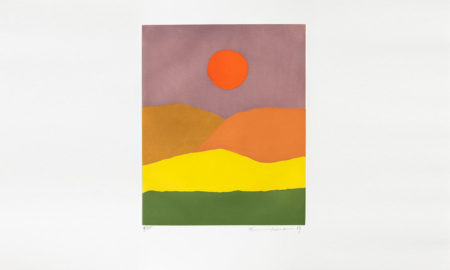 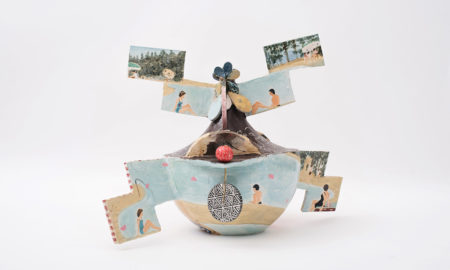