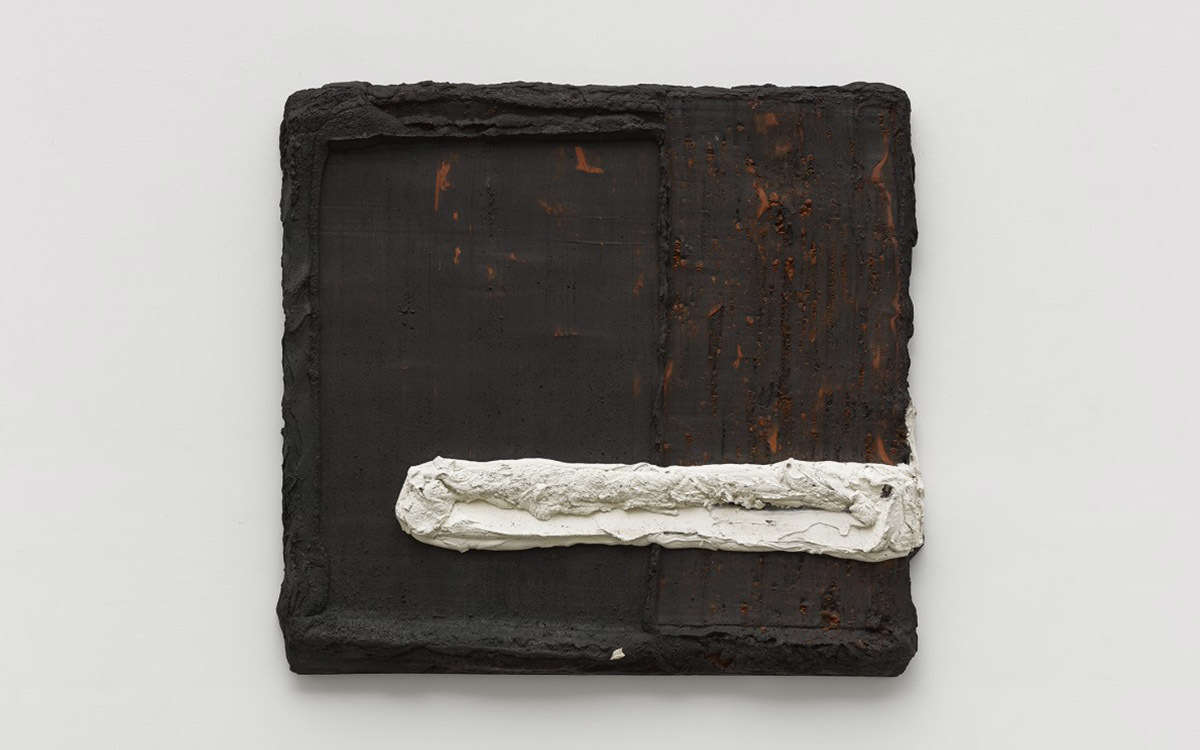 Born Abraham van den Boogaart in Delft in 1921, Bogart was primarily an abstract painter who immersed himself in the formal concerns of painting. Foregrounding gesture, colour and the physical materiality of paint itself, his works are characterised by their rich, almost sculptural accumulations of painted matter. Working through numerous stylistic investigations, including figuration, pointillism and cubism, from the late 1950s onwards he focused exclusively on abstraction using his own signature medium: a dense mix of pure pigments, oils and water combined with other undisclosed materials. Constantly adapting the composition of his paint, he was able to achieve a variety of thicknesses, intensities and textural effects, ‘building’ with paint to fuse gesture with matter in muscular works that forcefully assert their three-dimensional presence.

In these paintings colour is both subject and object, their heavy masses of paint swiped, dabbed, pushed or drawn across the canvas surface. The earliest work in the exhibition, Cristal Baroque (1959), encapsulates the artist’s interest in the gestural monochrome, whereby a composition emerges out of the physical manipulation of a single colour, through a charged and active application of paint. Considering himself both an expressionist and a ‘sculptural painter’, Bogart described his single coloured works as a ‘refuge’, since they have an inherent sense of tranquillity, derived from their unbroken tonal expanse. An example is the pale-grey monochrome Linaabelina (1960) composed from a minimal gestural ‘script’ embedded in a textured, wall-like surface that provides a calm expansiveness. By contrast, in the black monochrome Printemps Néerlandais (1959), paint flows down the picture surface, yielding to its own weight and piling-up in a thick mass towards the bottom of the canvas.

From the 1960s onwards, Bogart had begun to paint with the canvases laid on the studio floor, increasing the density of the paint to achieve an almost anti-gravitational effect, a quality that would come to define his later production. Treating the surface as a kind of wall, he focused on ideas of stability and objecthood, reducing his palette to just a few colours and building up images with large slabs or swipes of paint. His works from the 1960s and 1970s foreground the movement of the hand and also the horizontal or vertical axes within a composition. In the work Windzand (1963), graphic lines of dark, soil-coloured paint sit atop a stained, patchy, bright white background, suggestive of figuration by recalling the light of an atmospheric, seaside landscape.

Using a variety of tools to make furrows in the paint, Bogart was able to create contrastingly smooth and raised areas across the painted surface, often the result of pushing or dragging the medium towards the edges or centre of the picture. Several works in the exhibition feature this approach, including Blanc de Brabant (1977) where a single vertical swipe down the centre of the painting and its residual pile of paint create a form akin to an exclamation mark. Or the white monochrome Witomwit (1969), in which four distinct smooth rectangles created by swift movements present a dynamic geometric composition. In the later black monochrome Ardoise (1981), paint is pushed towards the middle of the picture, resulting in two vertical ridges bifurcating two flat rectangles, pointing to both a window-like shape as well as to Bogart’s interest in the pictorial value of ‘empty’ planes. ‘It is difficult to control the empty plane in a painting’, he has written. ‘Although empty planes are monochromatic, the paint’s skin remains full of life, and the tension of the touch is preserved.’ By contrast, Rondwit (1974) has thick, concentric circles of white paint that create a target-like composition, sitting within a square border and against a smooth white background. These clearly defined circular forms relate to Bogart's earlier phase of gestural abstraction in the 1950s, where he employed signs or symbols set within compartmentalised areas of the painting.

During the 1980s Bogart began dropping his paint in thick mounds onto the canvas surface, resulting in the ‘dabs’ series of work which are composed of unconnected piles of paint – in different sizes and colours – jostling together in a colourful, undulating abstract field. The work Binche (1984) features a multitude of brightly coloured ‘dabs’, creating a vibrant, pop abstract landscape, while Yellow jubel (1985) employs a more restricted palette; a tonal field that varies from a near-acid shade of green to a pale, creamy yellow.

In his last works Bogart pushed his artistic language yet further, encapsulated by the most recent work in the exhibition Het maartse (1994). A pure, almost acid yellow monochrome, its layers of thick paint wrap and obscure its rectangular structure, creating a sensual, organic shape that sits somewhere between painting and sculpture: a fusion of colour, gesture and structure which breaks with pictorial tradition. 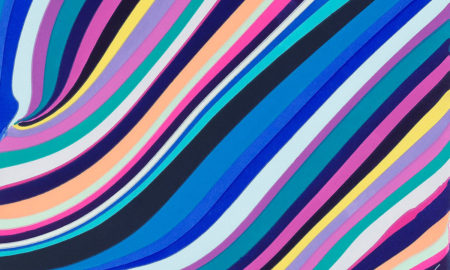 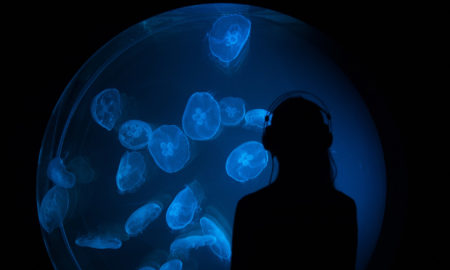